Writing a sex column requires very few things: an endless supply of names, euphemistic and otherwise, for genitalia, which a former nanny referred to as ‘private parts’, which made my Mother roar with laughter and tell her to stop being so repressed. She did not last long. (With us. As far as I know she is still alive and well); an ability to plunder one’s own most intimate experiences for material, and an anatomically correct artist’s doll.

Equally, the very best sex columnists have a keen sense of their own importance- sex being paradoxically vital (and good sex can certainly feel essential) but its absence not being fatal to one’s happiness. I know this for a fact, because the suicide rate amongst nuns is desperately low.

Sex on trains and other habits

I have been thinking more and more about living space, and how it affects our lives. This is mostly because I’ve run out of drawer space for my winter hoodies, but also because I read a fantastic book about how liminal spaces (the bits of space which separate other bits of space, like doorways) in the Victorian age were used for all sorts of naughtiness, and now believe that the Victorians spent all their time having illicit encounters on trains, which I imagine to be exactly like the time I opened a train loo door and surprised two teenagers, only with longer dresses, and the toilet properly hiding its shame with a specially fashioned doily. 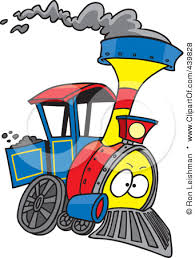 Also with less swearing. Teenagers are surprisingly territorial about the places they have sex in. I felt most unwelcome.

I have been spending lots of time in other people’s living space; June and July having passed in a happy haze of weddings and country weekends. Last weekend I was in a tremendously nice house, and realising on the train down that there were enough bedrooms for us all, I began to lobby to share a room. Sharing a room is one of life’s most underrated pleasures. 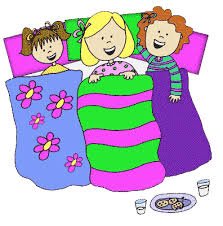 Room-sharing means having someone to entertain you whilst you fall asleep (simply ask the odd question, and most people will talk happily for ages, providing a free bedtime story service), and someone to convince to be late to breakfast with you, so you don’t look like the only lazy layabout, and just generally a nice chum to lounge about with, and answer any pressing questions you may have in the middle of the night. It is for this reason that I am planning on sharing my little sister’s bedroom for the rest of the year. That, and I’ve turned my own room into a large-scale hoody warehouse.

Romantic time and why not to shower together

My friend, sweetly, refers to sex as ‘romantic time’. Which, after I had referred her to a therapist to deal with her repression issues, meant I was thinking about romance. ‘I don’t have time for romance,’ I told her later that day. She looked at me blankly, possibly because we had been discussing the humorous possibilities implicit in the opening of George W Bush’s library.

‘I don’t mean I don’t have time for romance like I don’t have time for whining children, or people who act like it’s no big deal when you break their shoe pretending to be a person from the past who has never seen a shoe, and is examining it closely, but then go about telling everyone that Lucy is a terrible actress and prolific shoe-breaker. I mean I geuninely, literally do not have time for romance.’ My friend, now a little more on board, nodded slowly. ‘I agree,’ She replied. ‘Being romantic is hard. But I think you can fit it in.’

‘Fit it in?’ I spluttered in horror, forcing myself to ignore the blindingly funny double-entendre and carry on with the conversation like a grown-up. ‘I just don’t have the space. Honestly, between cleaning my teeth, and dressing myself, and putting things away, and washing…’

‘Well,’ My friend responded sagely. ‘You just have to multi-task. Take a shower together, for instance.’ 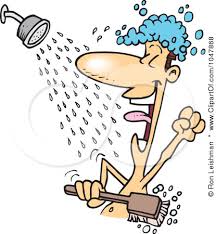 ‘Two people in a shower is the worst idea ever,’ I responded staunchly. ‘For a start, once person is always out of the water, and therefore freezing. For seconds, I never get to wash my hair properly, because the other person complains about shampoo being flicked into their eyes (I really value clean hair, and believe that flipping one’s head upside down and pouring shampoo onto the underside of your head will help ensure the shampoo is able to penetrate every strand). Thirdly, there just is no way my breasts are that dirty. What about my armpits? Next time I share a shower with someone I’m going to go in with both my arms raised above my head. That should ensure I am properly washed.’

My friend stared at me. ‘Yes,’ She replied finally. ‘That should certainly lead to some excellent romantic time.’

I saw Zero Dark Thirty last night. Not on my own- with some friends. And some pizza. Well, lots of pizza and a few friends. Zero Dark Thirty is the follow-up to The Hurt Locker, which I loved. I liked that movie so much, in fact, that I began to refer to almost anything irritating as ‘the hurt locker’. I’m pretty sure that this is precisely what Bigelow wanted, when she made the movie, and therefore simultaneously began to refer to myself as ‘Bigelow’s biggest fan’. (I found this a particularly funny sentence, so often laughed half-way through it. It is possible that between my re-appropriating of the title of her movie, and the inappropriate sniggering when saying her name, I very nearly cost Bigelow her Oscar, but what else are fans for?)

I had heard only good things about Zero Dark Thirty, and was happy to watch it, although I usually try to avoid movies where I already know the ending. Zero Dark Thirty is long. I checked this morning, and in actual, real-world time, it isn’t excessively long (unlike Les Mis- you bladder-destroying monster), but it feels long. Possibly, this is because it details a search that took 10 years to complete, but I personally think it is because the lead character, who is impossibly beautiful, committed and intelligent, does not have sex at any point during the movie.

‘She does have sex,’ My friend assured me. ‘With the soldiers who come over to Pakistan. We just don’t see it.’ ‘I’m not sure you’re right,’ I replied sadly. ‘For a start, what are you talking about? And for seconds, we see exactly what she does- she sits at her desk, frustrated; she goes to meetings and is spoken over; she puts up with being ignored until she can’t anymore, and shouts for a few seconds to get what she wants. She is right, and at the end she is proved to be right, and loses her job. This really is the bleakest movie I have ever seen.’

‘I’m not sure you’ve really understood this movie,’ My friend replied slowly. ‘I have understood this movie perfectly,’ I replied huffily. ‘And I’m just sorry that you don’t care more about the well-being of our lead character.’ I don’t want to spoil it for those of you who haven’t seen it- but at the end, the lead is crying. Alone. Zero Dark Thirty is the worst rom-com I have ever seen.

‘Are you amazing in bed?’

I can’t really imagine my therapist has that much to do when she’s not seeing me, so I like to keep her occupied. I often send her little texts throughout the day to remind her of me. Today, for instance, I shared my joy at being taken out to breakfast. She did not reply. I often use our sessions together as a safe place for her to explore her feelings. She is not overly receptive to this. So I have been forced to adopt a new tactic. ‘I think I’ve got worse at sex,’ I begin. Her face shows nothing except amusement. I cannot tell if this is the smug amusement of someone who is fantastic in bed, or the resigned amusement of someone who has to wade through 50 minutes of non sequiturs every time we meet, trying to work out what is important. I continue. ‘So you know how sometimes you’re a bit too lazy to go on top?’ I ask her piercingly. Once again, nothing. The woman’s impenetrable.

‘Are you amazing in bed?’ I ask, exasperated. My therapist laughs. I am cross. ‘Look,’ I explain. ‘I don’t want to talk about this with you if you’re one of those people who are amazing at the sex. It’s just going to be awkward. I’ll be busy telling you about how I think I’ve got worse, at least in some respects, and you’ll be sitting there thinking about how grateful you are to be amazing at sex, and wondering why I am so terrible.’ My therapist tries to deflect. She is a master of deflection. ‘I’m not sure there are rigid measures of judgments for sex,’ she begins. ‘I do not care for your judgments!’ I shout, appalled. My therapist is somewhat baffled. I quickly re-play what she said. I apologise. I realise that my new tactic has been avoided as easily as my old tactics. My therapist is the master of deflection. It’s something we really need to work on. Well, that and the sex.