Nostalgia, and other things I excel at

“You,” my Mother said, glaring at me across the kitchen table. “Are the queen of nostalgia.” At the time, I was pretty pleased. I was just about to turn 11, so being the queen of anything was sortof thrilling. (Not, I hasten to add, entirely unexpected, but I guess I’d assumed I’d serve a longer princess-in-waiting period). “Thank you,” I replied. I was slightly confused, as my Mother’s tone had yet to adopt the referential tone I was expecting, but I remembered that my Mother was never particularly quick on the uptake.

Then, aged 11 and complaining that the chowder she’d made last year was “much, much better” than the one she’d served us this year, I took my mother’s bemusement as a compliment. A couple of years later, I still do. There’s nothing nicer than nostalgia.* It’s like post-production air-brushing for your own past life. Of course, not everyone remembers the past as nicely as you do. But if you are insistent enough about it, you can pretty much get everyone on side.

Every single Christmas, I force my bored and unwilling grandparents into recounting how exciting and irreplicable my birth (‘as the first-born grandchild!’) was. For everyone. “I was pretty out of it,” my Mother interjected one year. “That gas and air stuff is the best.” “She was delirious with happiness,” I told my little sister proudly. “She felt like she was walking on air.” 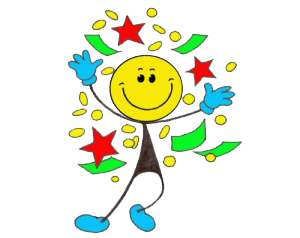 Another time, we were talking about childhood injuries. Several of these, other people have wrongly assumed, were created by me. Looking back, I can say for certain that the only people at fault were the carpet, shampoo and rocking-horse manufacturers. I’m not a particularly accomplished lawyer, but even I can see that all of these things ought to carry warnings. “Do you remember,” my little sister asked. “That time when we were playing mattress-staircase races and I broke my head on the door?”

“Nope,” I replied. “Yes,” she continued. “I couldn’t stop at the bottom, and you’d left the door open, and I cracked my head on the metal bit on the side of the door.” “The backplate,” I said automatically, because it’s important for my little sister to continue to realise that I know everything and am older than her. “That’s right,” my Mother continued. “The whole of the door is wooden, and you manage to find the one bit of metal. We took you to hospital.” “What about me?” I asked, despairingly, because if there’s one thing that is kryptonite to nostalgia**, it’s not being invited.

“We had to take you along too,” my Mother said. “But you cried so much when they started stitching up your sister one of the nurses took you out.” I stared at my Mother in no small confusion, because I never cry. In many ways, it was lucky that I already knew my Mother’s memory was so faulty. (Pre-warned is pre-armed, which is why I like to email a selection of my favourite jokes to people before I attend their dinner parties). Last Sunday, we were having dinner. I had just been to visit my friend’s tiny newborn, and there was some general discussion about how badly I had been mistreated as a baby myself. “I was made to sleep in a suitcase,” I told my friends, gesticulating in outrage towards my Mother. I paused dramatically, until I was certain the whole table was listening.  “I could have died.” “Well,” my Mother said. “I had bought you a travel cot, but you were too fat to fit into it.”

It is just possible that it might be time to give up my crown as the queen of nostalgia.***

*Except the first time I was nostalgic, which was obviously the best time.

**Also to me.
***I will be accepting invitations to be the in-situ ruler of other things immediately.