Aside
↓ Jump to Comments

Don’t put your penis in a toaster and other advice

I was at home yesterday, thinking of doing some work, when I became inexplicably distracted by the TV.

(This sentence reminds me of the delightful article by Suzanne Moore, who, upon discovering that the Fire Brigade had issued a notice to men ‘Not to put their penises in toasters’, wrote about the endless excuses people make when admitted to hospitals with household items inside them. ‘It fell in’ is apparently the most-given excuse, rendering the domestic world a place much more fraught with danger than anyone previously realized).

Whilst properly enamoured with The Wire, and Orange is the New Black, and various other ‘excellent’ TV shows, I have a deeply held love for terrible TV. This is not a particularly useful trait, unless you are talking to young, or mentally deficient people, who you will soon discover share the same love for all of Fox Family’s TV schedule, or who can quote Nickelodeon’s latest tween drama alongside you. 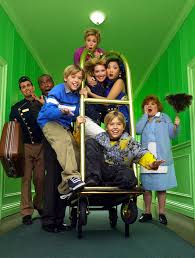 I was happily settling down to watch 1600 Penn, a poorly-reviewed sitcom about a presidential family, whose eldest son is an idiotic yet loveable college-dropout, when I noticed that one of my flatmates had left a TV guide on our coffee table. (I wrote that sentence so that everyone would be aware that I am both literate and in possession of a coffee table. Wait until you hear about the new handwash I have just put in our bathroom. I should probably increase my home insurance).

It seems as Summer draws to a close, what the British people most want is to be distressed and frightened, at least whilst watching TV. Dead family members returning to haunt the living? Bleak investigations into child-killings in small towns? Something maybe about depressing sex with that lady from Mad Men? Fill your boots. I’ll be on ABC Family, watching a fantastic new show about a family Summer camp.

(It’s called Camp, in case you want to join me. The dialogue is clunky and awful, the characters are one-dimensional and tired, and the plot is predictable. It is a dream).