Why the snooze button may kill you

I am often asked to donate money to my friends. (I think the money ultimately goes to charity, but as it’s my friends who are asking, I feel entirely comfortable in encouraging them to get the drinks in whenever we hang out). Seeing as asking people for things seems to be the new ‘in thing’, I’ve decided to join in.

They’re called foibles, these slight, irritating oddities that we are meant to find amusing, or insignificant. Foibles are my most hated thing in the world. Huge, glaring character flaws; the terrible, unsayable things that people occasionally say, the monstrous things they do, or don’t do- all of these I can cope with. It’s foibles I can’t stand. My little sister leaves lights on. All day. She goes to work and leaves her bedroom light on, and her bedroom door closed, and no-one knows it, but the light is on all day, burning away, sizzling with wasted energy and money. She hoards glasses, and leaves half-empty mugs full of water around our flat. It makes me hideously, disproportionately angry. She also sleeps in a pair of trackies that have lost their waist elastic, so every morning I see her entire bottom, but that’s another story. (A no less infuriating, mind-blowingly frustrating story, but another story).

The trouble with foibles is that individually they’re nothing. As a one-off oversight or slip, it really doesn’t matter that my little sister keeps her light on. It’s that foibles are repeated events. Although individually insignificant, taken as an ongoing series of events, they are akin to water torture- the slow dripping of a tap that will ultimately kill you. (I once lived with someone who didn’t turn the shower off properly after they had showered. That drip drip drip was nearly the end of them).

The trick, I have learnt, to dealing with other people’s foibles is to treat them as huge, life-threatening occurrences. 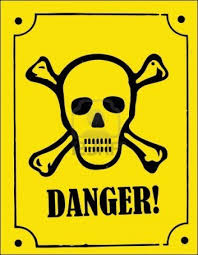 (To some people, this may seem like ‘over-reacting’. Those people are idiots. If not dealt with aggressively, foibles can destroy friendships, families and, ultimately, lives). People are unlikely to respond expediently if you politely suggest that they ‘stop taking all the bloody glasses’. Striding into someone’s bedroom at the crack of dawn, flooding the room with light and loudly singing ‘Move bitch, get out the way’ whilst physically removing all their purloined glasses usually does the trick, however.

Another excellent tactic is what my little sister and I call the ‘one-for-one’ promise. This year, for instance, I promised to stop blowing my nose loudly outside her bedroom in the morning, and she promised to stop setting her alarm 2 hours before she had to get out of bed, using the remaining 120 minutes to treat us all to 24 ‘snooze’ alarms. 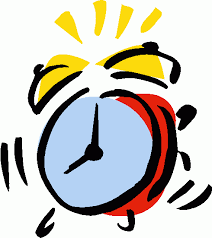 Foibles are my most hated things in the world. If we can all realize how truly, life-threateningly damaging they can be, together, we can beat this horrible disease.

One response to “Why the snooze button may kill you”