The importance of socks

My little sister and I have an ongoing competition: who would survive best in a life-threatening situation. Jail, she wins- she’s taller and stronger than me, and doesn’t mind carrying heavy things (we are, naturally, being sent to jail during the Victorian age, and will be spending our time on the railroads, or breaking rocks or something). Inexplicably shoved into a Hunger Games-type scenario?

We’re still deciding, but I think my people skills far outweigh her brute strength. A panicked cross-country flee from a serial killer? I am 100% better equipped to survive. I take 3 minute showers, unlike my little sister, who has a deeply anti-social habit of falling asleep in the shower in the morning; I always know where my Oyster card and passport are; I have shoved all my leftover foreign currency into a box on my bookshelf. I believe, firmly, that people wash their clothes too often, and am perfectly content to re-read books over and over. In short, I will be packed and on the Heathrow Express before my little sister can comprehend that the angry knocking on the bathroom door is the beginning of a Psycho-type scenario, not simply me, wondering angrily how ‘anyone can take so long in the bloody shower’. 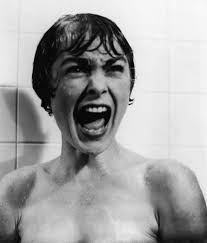 I have spent years studying fleeing people in movies and TV shows, and can tell you definitively that they are doing it wrong. When TV people are fleeing, why do they always heap things from the top drawer of their wardrobe into their suitcase? No-one stores jeans or jumpers in the top drawer. I can only believe that thousands of movies and TV shows are letting their protagonists hastily pack bags full of socks. 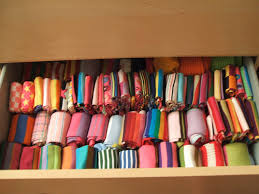 Now, socks are tremendously useful- I scarcely ever have sufficient pairs, and my own sock drawer is a delightful testament to a life spent ‘borrowing’ other peoples socks (socks are like elastic hair-bands- no one is going to ask for them back, unless you are foolish enough to stumble across their owner whilst wearing them, weeks after the initial borrow; but even then, it is fairly difficult to forcibly remove socks from someone else’s feet without looking slightly deranged), but let’s say you’re making a panicked flight to Brazil from the man who you believe killed your Father and stole most of your inheritance, and is now out to kill you to stop the truth from coming to light- all I’m saying is, socks can only go so far. (Not literally- socks, unhindered by any cross-country regulations or border controls, can circumvent the world at ease, but you know, metaphorically).

‘I think socks are useful. After all, everyone gets cold feet on airplanes,’ My little sister pointed out. ‘That’s why they give you free socks on long-haul flights.’

‘Precisely,’ I replied joyously. ‘They give you free socks! There is absolutely no need whatsoever to pack any socks at all!’ As my little sister began a diatribe on the virtues of washing, and general cleanliness, I quietly pointed out that she had already been killed, whilst I, not even needing to check any baggage, was well on my way to a lifetime of mojitos and ex-pat burning in warmer climes. 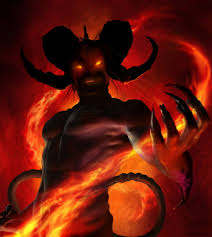 ‘What about Hell,’ My little sister responded robustly. ‘With your ghostly complexion, you’d never survive. But I’d coerce the other inhabitants into making me a protective enclosure.’ ‘Oh yes?’ I replied, disbelievingly. ‘And why would they do that?’ ‘Socks,’ My little sister replied smugly. ‘I’d bribe them with socks.’

One response to “The importance of socks”