1. It is imperative to say your own name loudly and clearly when you first meet.

They will perhaps try to tell you theirs in return. It is much less important to listen to this. Personally, I often repeat my own name at this point. You know, to be helpful.

2. People hate it if, when you first meet them, you scan the room to see if there is anyone better to talk to. Avoid this by locking and maintaining eye contact with them at all times.

This will make sure they realise that you are a good person, rather than a social-climbing psycho.

3. Sometimes, whilst talking to a new person, you will notice that they are exceedingly dull. It is best in this circumstance to make an excuse, so as to not hurt their feelings. (Yes, boring people have feelings too. Apparently). Excellent excuses include: ‘I have to go to the loo. (short pause) For a poo.’ It is imperative to add the second part of this sentence, or else they may attempt to accompany you to the toilet. If they still offer to accompany you they obviously have some sort of fetish, and might be more interesting than they initially appeared.

4. Some new people will attempt to ingratiate themselves with you by asking prying and personal questions about your private life. I find a good defence to these intrusive probings is lying. ‘What do you do?’ The new person might ask. ‘What is the coolest job you can think of?’ You reply, smilingly. ‘Oh yes, I am indeed an ice-cream taster. I know. It’s oddly well-paid.’

5. An effective way to get new people to like you is to flatter them. Pick something noticeable about them, and compliment them on it. ‘You have really great large ears,’ I once told a chap I had just been introduced to. 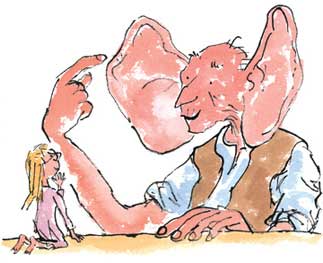 ‘In fact, I’m going to talk softly, because I’m sure you will still be able to hear me perfectly.’ (I’m not sure he actually could hear as well as the size of his ears suggested, because he did not seem to appreciate my compliment at all. I possibly shouldn’t have whispered it).

One response to “Don’t whisper compliments, and other handy hints”