The Bitch is Back

The dog is back. This isn’t a euphemistic reference to an old boyfriend, or local cad, although whenever we talk about the dog, I’m singing Elton’s ‘The Bitch is Back’ in my head, which makes it hard to pay close attention to what my flatmates are saying, but I’m 100% certain that the dog is, in fact, a dog. I know this, with great certainty, because I have seen the dog. I have seen the dog once, and heard the dog 45 times, and therefore I noticed when it was gone. ‘The dog’s gone,’ my female flatmate told me, as we walked back last night. ‘I’m worried about it.’ ‘What?’ I said, because I was thinking about how Dusty Springfield did the backing vocals on Elton’s track, and wondering if I should rewatch Twenty Feet from Stardom. ‘Do you think they gave it away?’ she asked. ‘Oh no,’ I said. My flatmate stared at me in confusion. 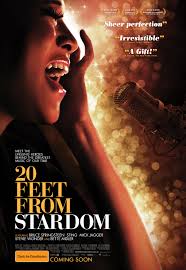 I was feeling guilty, you see. The dog arrived last month, as part of the new family who live next door. Being a socially responsible and community-minded sort of person, I knew that new people were moving in next door, and had taken great pains to avoid meeting them. For several blissful days, I could tell you absolutely nothing about our new neighbours, except that they seemed to have the same attitude to neighbourliness that I did, and therefore either ignored, or watched in amusement as I drunkenly tried to open my front door with my oyster card, or left home at 11am, merrily pretending I had ‘been up for hours’.

That was before the dog. ‘Hello,’ I shouted as I returned home that evening, having successfully mastered the art of opening my front door. ‘Hello?’ ‘Mmm,’ one of my flatmates mumbled unenthusiastically. Naturally, I followed this invitation into his bedroom. They were standing there, both of them, staring out of the window, and making the sort of cooing sounds one often hears over fiendishly expensive prams, in gastro pubs that you used to be able to visit unscathed. ‘It’s a dog,’ one of them pointed out, when I remained silent. ‘A dog,’ the other repeated, beaming like an idiot.

It was a dog. It was a dog that stayed in the neighbours garden, which our bedrooms overlook, and howled pitifully all day, and all night. It was a dog that my housemates discussed incessantly, exclaiming that it ought to be inside/ walked/ adopted by us. It was a dog that meant our doorbell rang at 9am, waking me up, and a querulous voice asked if it were ‘our dog’, and I took all the pleasure in the world informing her that ‘no, she wanted next door.’ (I haven’t told on someone in years. I had quite forgotten the delicious pleasure). 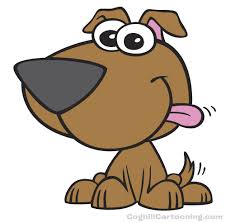 It was a dog, until, suddenly, it wasn’t. (I have some trouble, even now, acknowledging that other people continue to exist when outside my immediate viewpoint, so I’m not quite ready to give psychological autonomy to a dog). ‘What?’ I repeated. ‘Maybe they got rid of it,’ my flatmate suggested, and I thought, ‘I’m too young for this.’ It was my fault, you see. Ever since the arrival of the dog, I have had nothing but enmity towards it. When it yaps on Sunday morning at 6.30am for a clear 3 or 4 minutes, before I drag a pillow over my face and fall back to sleep, I think nothing but evil towards that dog. I once read a good 3 pages of ‘The Secret’, in the Paddington WH Smiths, so I know that all I have to do is think something to get it. And look where that had gotten me. A homecooked dinner from my flatmate (honestly, I was just sitting in my room, feeling hungry, and he began cooking), and a dead dog.

‘This is terrible,’ I told my flatmate. ‘Um,’ she began. (Looking back at my past comments on the dog, her bewilderment is fairly understandable). I shook my head sadly, to show her that I couldn’t say anything more on the subject. And I didn’t. And now look where we are: 6.30am on a Tuesday, and the Bitch is Back.