Aside
↓ Jump to Comments

How to be a sophisticated reader

The books we read as children stay with us forever. They are our first introduction into a world outside of our own, excessively narrow vantage point (they say it is a mark of growing up when children stop drawing themselves in the centre of pictures, but rather begin to depict their families, but having looked over my childhood offerings I don’t think there’s much in it. Also my little sister and brother were, for several years, very much smaller than me, so by putting myself first and foremost, I was merely adhering to the well-established conventions of realism), enormous sources of pleasure, and for years after, still an important shared cultural reference point.

Which is why I am disproportionately excited that Elizabeth Jane Howard has published the final book in the Cazalet chronicles.

One of the very best things about growing up with my particular parents was the near-perpetual boredom, whose sheer endlessness permeated every aspect of my childhood. My parents didn’t let us watch TV. We had a single VHS video (The Sound of Music), which to this day we can still recite every line of, a skill which is oddly much less appreciated than one might imagine it to be. 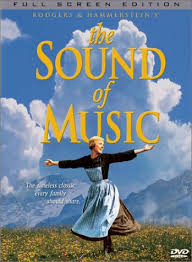 My father had a large collection of Beanos and Dandys from his own childhood, but I dropped one too many in the bath, and they were put back into storage. We had a shared walkman (I actually think it was given to my little sister, but I graciously agreed to ‘help her listen to it’, and three cassettes – The Very Best of Phil Collins, Bat out of Hell II: Back into Hell and an audio story about a family of mice, which played excerpts from Vivaldi’s Four Seasons between chapters. What we did, apart from acting out plays I had written (my little sister famously never had a speaking role, although my grandparents still talk about her performance as a sheep in the Nativity play, where I played The Three Wise men, Mary and God –  it was a terribly athletic and confusing production), was read.

We were allowed to read anything we liked (with the notable exception of the confiscated Beanos and Dandys), so we did. During the Summer of 1995 I read all four of the then-published Cazalet chronicles. Aged 10, I couldn’t get enough of the Cazalets, a sprawling upper-middle class family living in wartime England. Everything I know about managing a large household staff, I learnt from Elizabeth Jane Howard. I made my mother promise that if we had a governess, and she slowly declined in her old age, we would let her continue to live with us. (My mother, oddly, given the likelihood of this happening, fought vigorously for the imaginary governess to be ‘let go’ once she had ceased to be ‘of use’. It was one of the most involved fights we had that Summer. The other one concerned the possibility of getting two scoops, rather than one, when we were taken out for ice-cream).

One lunchtime, my parents’ guests overheard me explaining to my little sister that everyone had ‘lost all respect for Zoe, because of her affair with the American’, and later hesitantly asked what I was talking about. ‘Oh, Zoe is having an affair,’ I told them. (I had absolutely no idea what an affair was. I think I thought it was a little like having an imaginary friend- something most people did, but no-one talked about). ‘It’s OK though,’ I continued cheerfully. ‘Rupert is hiding in France with a lady, and everyone thinks he’s a POW.’ (I also had no idea that POW was an acronym. I wanted to be a POW that Summer more than I wanted a double scoop of ice-cream). ‘Oh,’ my parents’ friend replied slowly. She turned to my parents, who were, as always, unfazed by my oddness. ‘It’s a book she’s reading,’ my mother explained. My mother’s friend stared at her, searching for an appropriate response. ‘How sophisticated,’ she said uncomfortably.

It was not until very much later that I realised that other children didn’t read the same books as me, growing up. Worried that I had missed out on vital shared experiences, I sent an email to my friend. ‘What books did you read as a child?’ I asked her. I waited anxiously for her reply. Not having watched TV, I was loathe to miss out on another cultural reference point. ‘Well,’ my friend told me. ‘I was a very sophisticated reader.’