It’s just about the end of January, so the perfect time to talk about New Year’s Resolutions. I don’t think much of other people’s resolutions. Drink less, start running, read more- Me, me, me. I have one resolution: be nicer to my little sister. 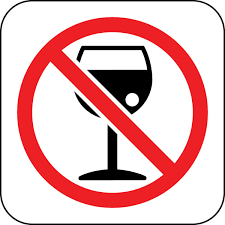 It’s started reasonably well. I was in NZ for the first two weeks of January, for instance. Then I came home, tanned* and happy, and began my resolution in earnest.

Our flat has 3 inhabitants, and one bathroom. In this shared bathroom, we each have a black wicker basket, about the area of a normal-sized book, into which we are encouraged to put our toiletries. These baskets sit happily, side by side, at the ledge at the foot of the bath. What people put into their basket is entirely up to them. Which basket they put them into is not.

I have spent the last two weeks removing other people’s items from my own, carefully maintained basket. I am pretty sure (but not certain), that the products I am re-allocating are my little sisters. (As someone who tries very hard to use as few toiletries as possible, I am in a weakened position to judge the difference between male and female offerings, but it seems unlikely that my other flatmate shaves his face with a hot pink Venus razor).

I go into our bathroom at least three times a day. (Our toilet is separate, for those of you who are concerned about such matters). I go when I wake up, to peer at what has happened to my face while I was sleeping (‘What happened to my face while I was sleeping’ would be a very good sequel to ‘While you were Sleeping’) and to brush my teeth; I go sometime within the next hour to shower, and I go before I go to bed, to brush my teeth again. Three times a day, over two weeks, works out at approximately 15,00 times that I am irritated by my little sister’s inability to put her stuff in her own basket.

But, remembering my New Year’s Resolution, I say nothing. And my little sister, surprised by my uncharacteristic calmness (and unaware, thanks to the privacy of the bathroom, of my daily sobs of rage), is extremely nice to me. So perhaps the rest of you should re-consider your selfish New Year’s Resolutions- my own, self-sacrificing life has just become immeasurably better.